We’re proud of the team we have assembled to lead the The Dragas Companies. We invite you to get to know the professionals dedicated to creating a true sense of place where families and individuals come together to become real neighbors. 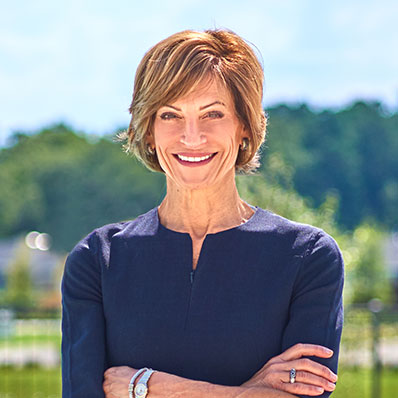 Helen has served as President and Chief Executive Officer of The Dragas Companies, sustaining a passion for the real estate industry that began as a 10-year- old girl trailing her father as he launched a mortgage business.

A Virginia Beach native, Helen graduated from Norfolk Academy, where she served as a trustee for 20 years. She received B.A.’s in Foreign Affairs and Economics from the University of Virginia, where she also went on to earn her MBA from The Colgate Darden Graduate School of Business Administration.

In 1996, Helen became president of The Dragas Companies, which had grown into a diversified Hampton Roads real estate enterprise. She has since led the business to new heights, thriving through multiple economic cycles.  For her work, Helen was awarded the inaugural Lee Evans Award for Building Management Excellence by the National Association of Homebuilders and Builder Magazine in 1999 and again in 2009.  Under her leadership, The Dragas Companies was also honored with Builder Magazine’s designation as "America's Best Builder" in 2009.

Beyond her role as President and CEO, Helen directs her philanthropic efforts to issues of homelessness, poverty, and education. In 2015, she founded a nonprofit foundation, Partners for College Affordability and Public Trust, to catalyze and accelerate change at America’s public colleges and universities that results in lower costs and greater access to students from all walks of life, while maintaining or enhancing academic quality.

Helen’s civic engagement and philanthropic leadership have led to many awards and designations, including First Citizen of Virginia Beach, Influential Woman of Virginia by Virginia Lawyers Weekly, Humanitarian Award from the Center for Inclusive Communities of Virginia, Hampton Roads Business Hall of Fame, and Habitat for Humanity’s Dream Builder award. 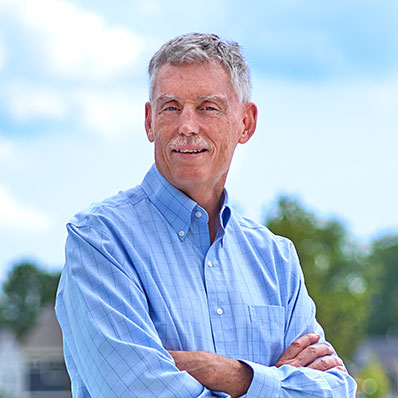 Rob is CFO of The Dragas Companies, where he began as a controller in 1992. Rob oversees the finance team and is also responsible for all treasury, risk management and employee benefit plan needs. A graduate of Old Dominion University, Rob was a partner in a small, local CPA firm before joining The Dragas Companies. A native Nova Scotian, Rob is an avid tennis player, scuba diver, and sailboat racer in training. He is always looking for new opportunities to enjoy the natural beauty of the Hampton Roads area. 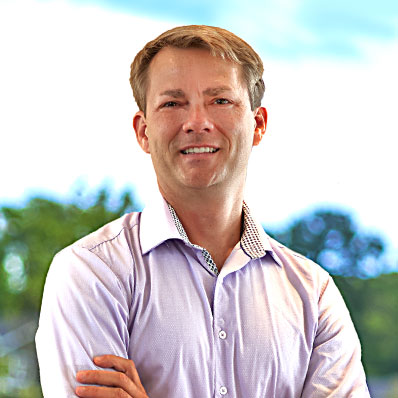 Nick worked across various roles in Dragas Companies’ Business Development department for over a decade and has served on planning-related committees throughout Hampton Roads. These have included the Chesapeake Comprehensive Plan Committee, the Chesapeake Mayor’s Advisory Committee on Comprehensive Plan Strategies, the Portsmouth Boulevard Corridor Task Force, and the Dare County Scenic Byway Committee.

Nick is responsible for site identification and acquisition, market and demographic research, and all rezoning activities. Before joining Dragas Companies, he worked in the public sector, focused on planning, zoning, site plan review, and site acquisition.

Nick spends much of his free time coaching youth soccer, baseball, and basketball. He has also served on local boards, including the Virginia Zoo, Virginia Beach CASA, ForKids, and the Chesapeake Rotary Club. Nick is a native of Cape Hatteras, NC, and enjoys surfing, fishing, and spending time with his family. 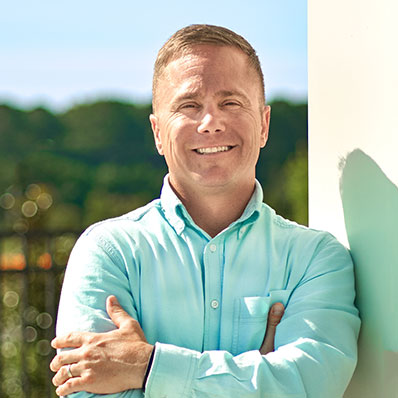 Director of Field Operations and Warranty

Director of Field Operations and Warranty

As the Director of Field Operations, Louie utilizes his background in “Lean Manufacturing,” and home building to focus on customer service and continuous improvements within the production department.

Louie is a Navy veteran who has made Virginia Beach his home since 1997.  After fulfilling his military commitment, Louie went on to attend Tidewater Community College where he earned an Associate Degree of Applied Science.  He later earned a Bachelor of Science in Business Administration at Liberty University.

Prior to Dragas, Louie was an operations manager for a national automotive dealership.  His passion to learn and continue his career growth led him into the home building industry where he sharpened his skills as a Project Manager for a national home builder.  Ultimately, Louie was drawn towards the Dragas Companies because of their dedication to the Hampton Roads community and its rich history of above and beyond service for their customers.

Louie uses his process improvement experiences and expertise to develop the production and warranty staff.   He challenges them to seek new and innovative methods that improve quality, timeliness, and customer service.

Louie spends most of his free time seeking outdoor adventures with his family. He is a fan of D.C. sports and enjoys exercising, mountain biking, and any type of fishing. 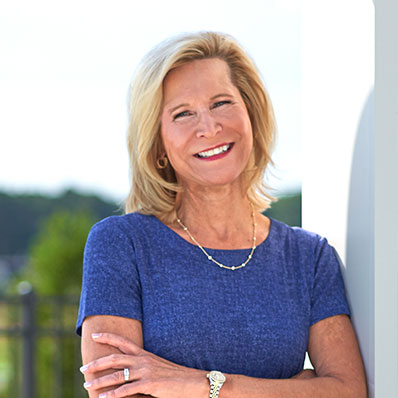 Pam supervises the administration and operations of Dragas Companies’ apartment communities and office parks. She works with her team to focus on excellence in customer service and satisfaction and leverages her skills in problem-solving to deliver just that.

Pam holds her CPM (Certified Property Manager designation) and has served on the Virginia Apartment Management Association (VAMA) Board for several years, along with the Legislative and Advisory Committees.

She has worked across many markets. This has helped her access diverse management theories, as well as fiduciary responsibilities through asset management within all types of housing, from affordable to luxury.

Pam enjoys gardening, working out, and improving her golf game with her husband’s coaching. 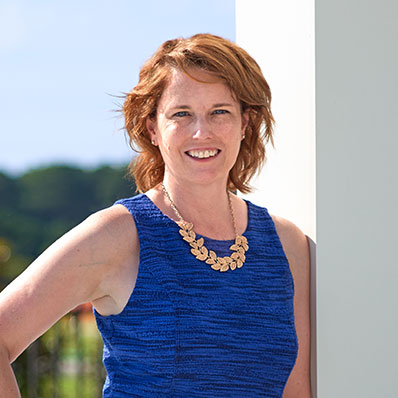 Sally leads Dragas Companies’ community outreach efforts, working closely with nonprofit partners, including ForKids, Girls on the Run, and Boys and Girls Club of Southeastern Virginia. Sally is a licensed realtor and a member of the Hampton Roads Realtors Association. As a self-proclaimed “new homes geek,” she has a passion for helping people realize their dream of owning a home.

Sally is an avid runner and a member of the J&A Racing Ambassador Team, where she promotes positivity and giving back in the Hampton Roads running community. She has raced internationally, and also enjoys group fitness classes, travel, and spending time with her family. 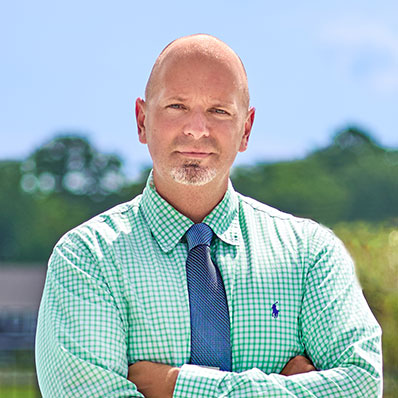 Brian began his career at Dragas Companies in 2005, working his way from Punch-Out to his current position.  As Vice President of Land Development and Preconstruction, he oversees the real estate development process from raw land to finished sites. This includes the development of site and building plans, selection of consultants and trade partners, and construction management.

Brian has overseen the development and construction of over two thousand homes in over a dozen neighborhoods. He is a Class A qualified individual for Dragas Companies’ building contractor’s license, as well as a Responsible Land Disturber.

Before joining Dragas Companies, he served as Director of Operations for Clear Channel Entertainment. When he’s not working, he enjoys spending time with his family - and playing golf poorly.

Brian earned his B.S. in Business Administration with a concentration in Management from Old Dominion University.

Lisa brings more than 30 years of mortgage banking expertise in Hampton Roads, with experience from originating first mortgages to management.

Lisa holds a Virginia Mortgage Originator License and has been an active Tidewater Builder Association (TBA) member for over 25 years. She began serving as a TBA board member in 2017 and has worked on various committees over the years. She is an active member of the Norfolk Cosmopolitan Club, which raises money for juvenile diabetes. Lisa enjoys attending country concerts and traveling, especially anywhere she can sink her toes into the sand. 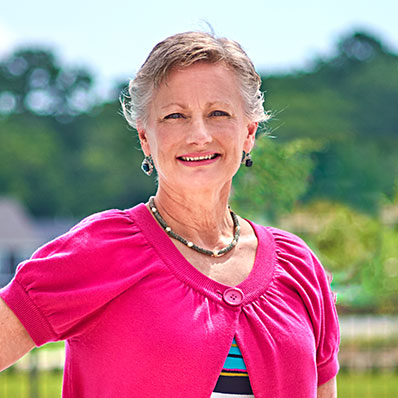 Working with local architects, engineers & trade partners for nearly 20 years as part of the Dragas team to create a signature aesthetic for our communities, Sue has coordinated our built environment using skills honed during more than 40 years in the architectural and design industry.

Sue holds a Bachelor of Fine Arts degree from Virginia Commonwealth University and is a professional member of the American Society of Interior Designers. Outside of work, she spends much of her time landscaping, promoting recycling in all forms and supporting her family and friends. 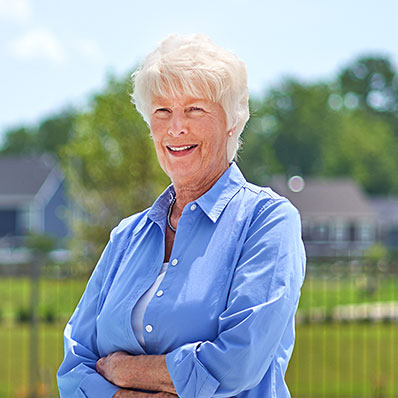 Joyce has been part of Dragas since 1975, when The Dragas Companies was a small team of four, including Dragas founders George and Mark Dragas and a part-time bookkeeper. She has seen and supported the company through growth to 90 full-time employees and 13 sales associates.

Joyce continues to see her role as a caring and invested employee who takes a personal interest in every aspect of her work. Today, Joyce oversees condominium management for several large communities in various stages of construction as well as working communities slated to open.

Joyce has been a licensed real estate agent for over 50 years and a member of the Virginia Real Estate Board and Hampton Roads Realty Association during that time. She continues to take courses to stay up to date with new real estate practices and laws. Joyce spends her time outside the office with her grandchildren and two great-grandchildren, volunteering for outreach ministries with her church or enjoying the outdoors. 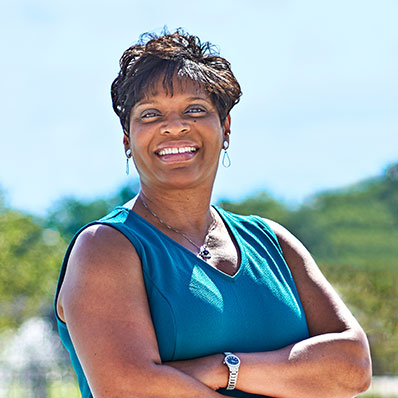 Faye brings more than 18 years of human resources and payroll management experience to her role at Dragas Companies. She is responsible for all functions of Human Resources, including recruiting, selection, benefits administration, compliance, and employee relations.

Prior to joining Dragas Companies, Faye has primarily worked in the construction industry. This includes her role with a prominent local government contractor specializing in construction management. There, she successfully established their human resources and payroll administration department.

At Dragas Companies, Faye dedicates herself to bringing in qualified candidates whose work philosophy is aligned with Dragas Companies’ core values. She focuses on supporting all Dragas employees to provide the resources they need to be successful.

Faye is a proud native of the Hampton Roads area. She is a graduate of Old Dominion University, where she earned a bachelor’s degree in Management concentrating in Human Resources and Development. She is a member of the Society for Human Resources Management (SHRM) and holds both the PHR and SHRM-CP certifications.

Faye enjoys spending quality time with her family. She enjoys working out and is a member of a local running group.